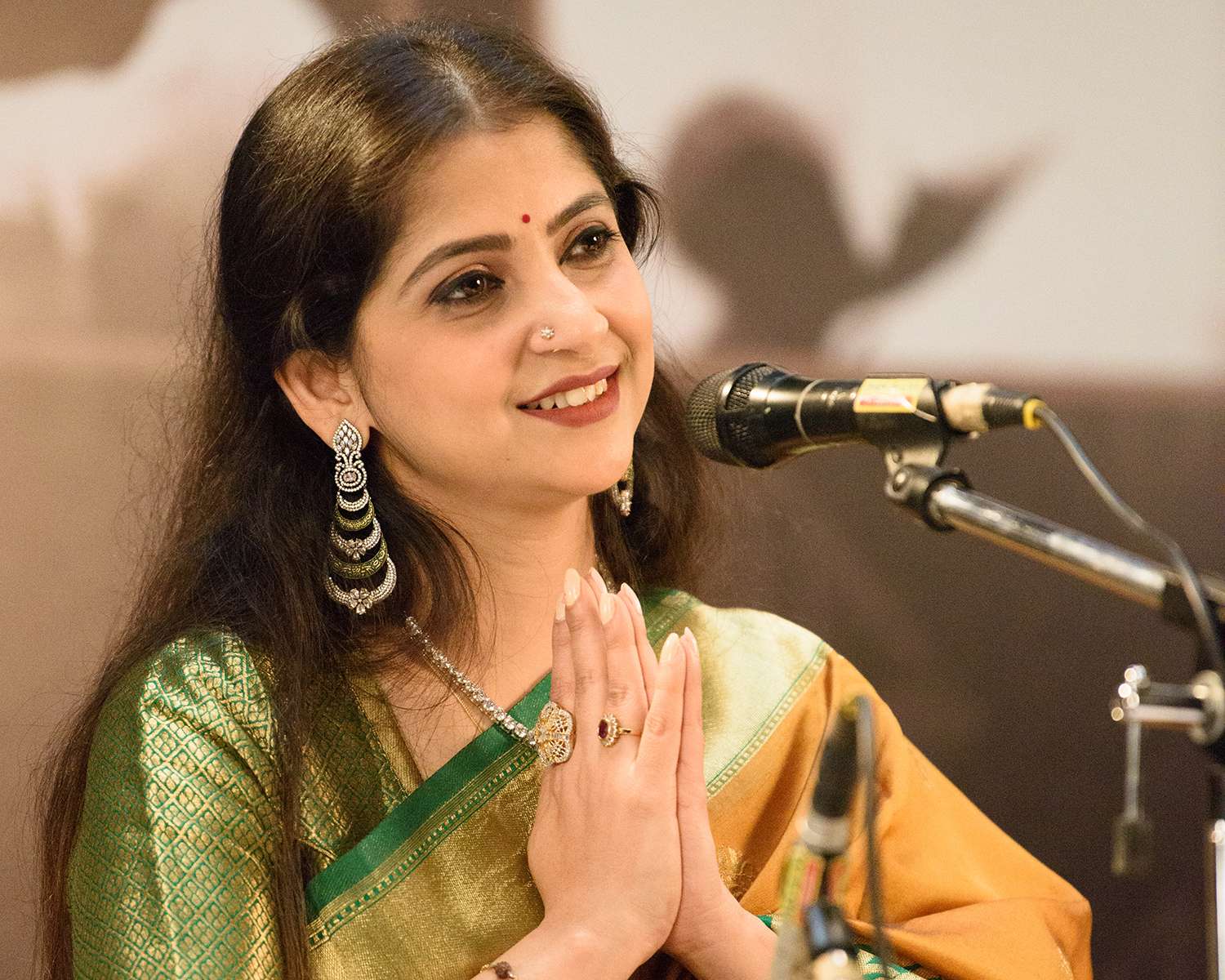 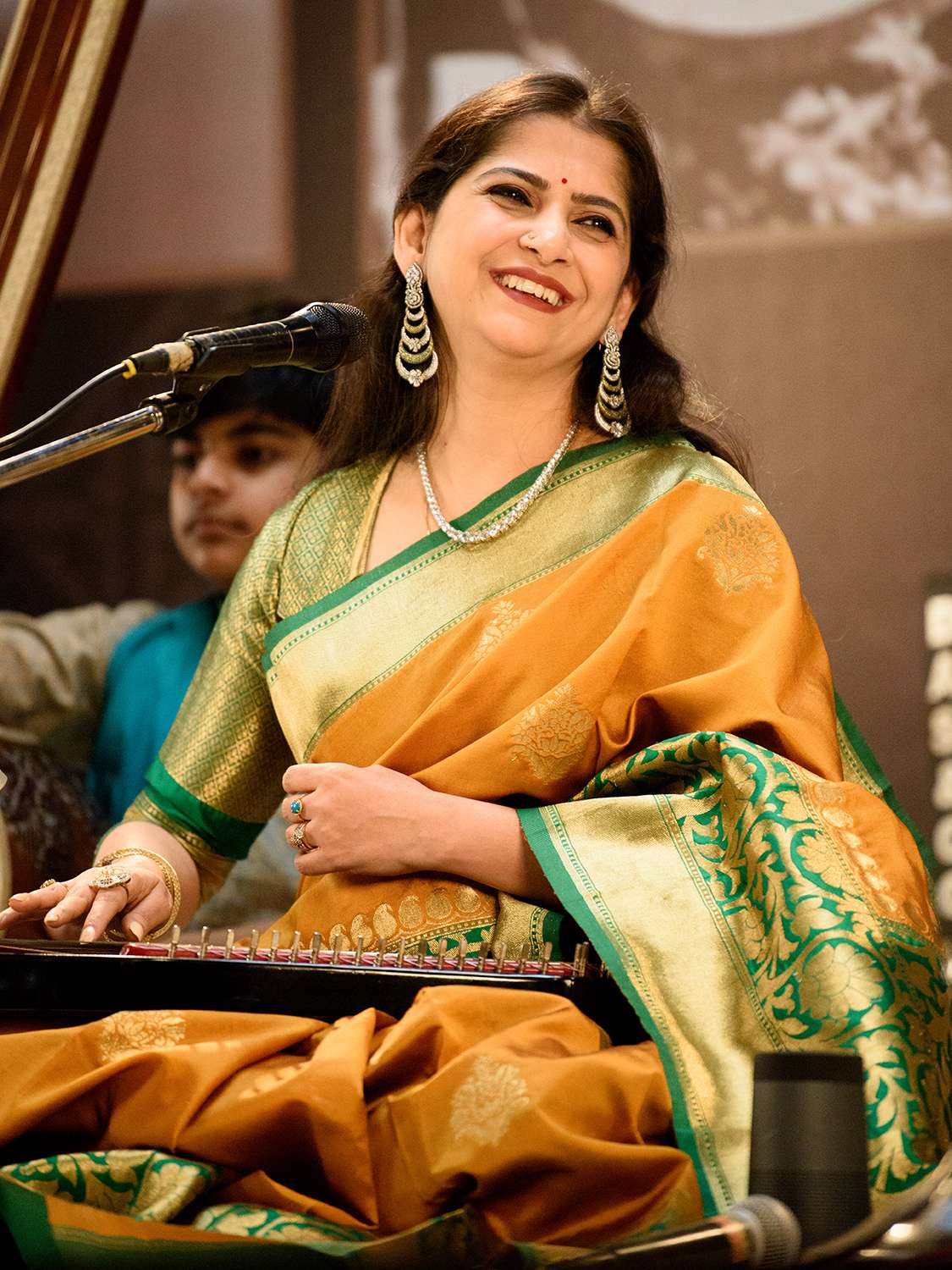 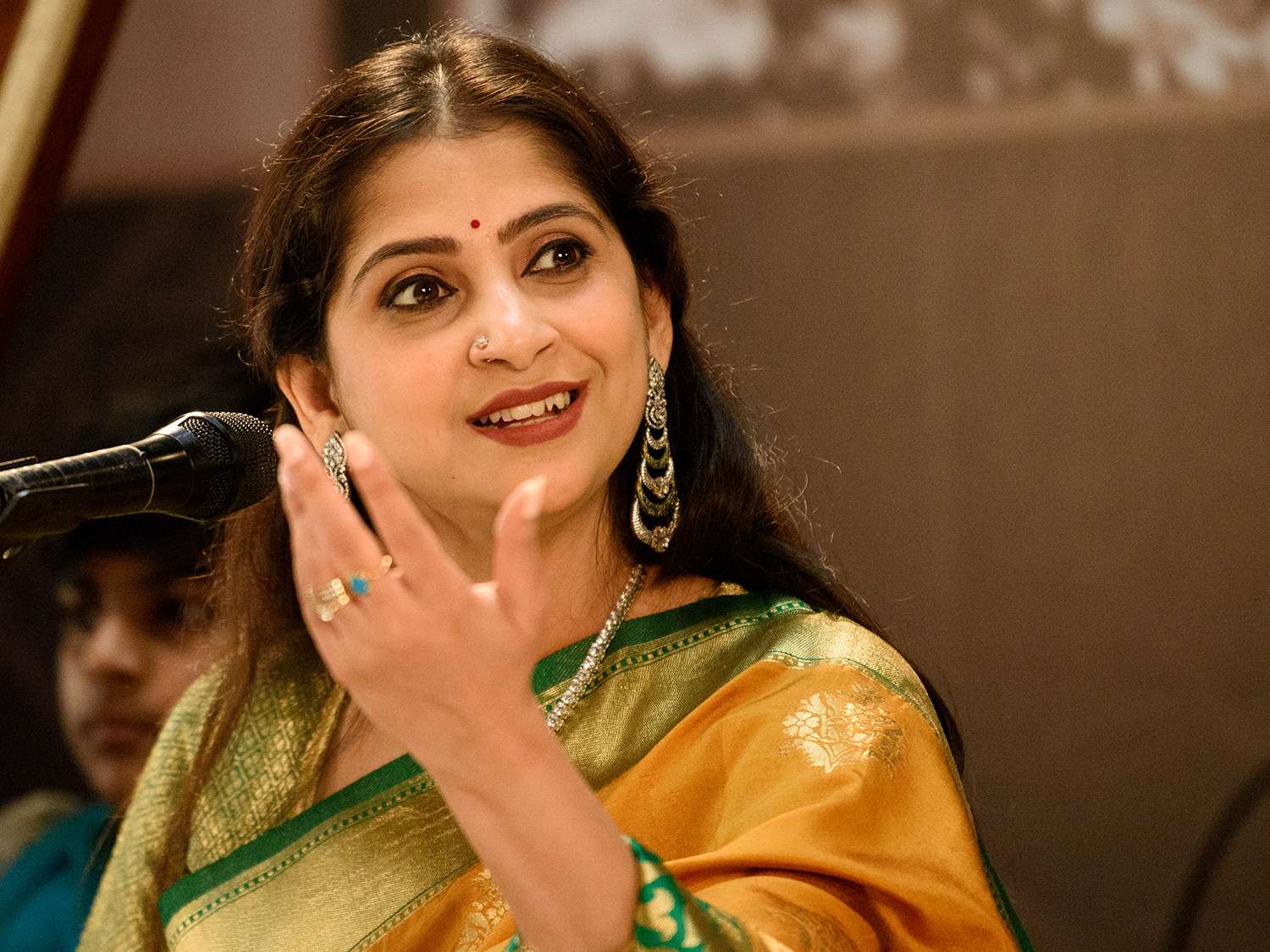 Kaushiki Chakraborty could reproduce Hindustani classical vocal patterns at the age of two. Maestros visiting the ITC Sangeet Research Academy (SRA), where Kaushiki grew up, soon discovered a new game: they would hurl the most complex of patterns at her, using only the ‘aa’ vowel instead of pronouncing the notes, and wait for her to identify the notes and reproduce the patterns. This is something she could do instantly and consistently. It would not be an overstatement to assert that Kaushiki was a child prodigy. However, unlike many prodigies who flicker but fail to flourish, Kaushiki kept her promise. At 12, she was a scholar at the ITC SRA, at 14, she was on a 50-concert tour in the US with her father and guru Pandit Ajoy Chakraborty, at 16, she took the world of music by storm with her first solo concert in Delhi and by her early twenties she was being hailed as the brightest young female vocalist of her generation. Over the last decade, she has successfully obliterated the gender qualifier. Connoisseurs agree that Kaushiki is, quite simply, the best Hindustani vocalist of her generation today.

Kaushiki has performed at the prestigious Dover Lane Music Conference in Kolkata for ten years between 2000-2015. She has performed twice at the Sawai Gandharva Sangeet Mahotsava in Pune. She has performed multiple times at the Tansen Samaroh in Gwalior, at the Harbhallab Sangeet Sammelan in Jalandhar. She has been regularly featured at the Saptak music festival in Ahmedabad. She has performed in many prestigious venues in Europe and United States of America. The list includes Carnegie hall in New York, Metropolitan Museum in New York, Queen Elizabeth hall in London, Theatre de la ville and Cite de la Music in Paris, Dresden Museum in Germany, where she has collaborated with the national orchestra on a piece composed by the great composer Antonio Vivaldi. The places throughout the world where Kaushiki has been hugely acclaimed and appreciated includes Paris, Germany, Hawaii, Budapest, Amsterdam, Scotland, Kenya, Dubai, Bangladesh, Muscat, Australia, almost all major cities in USA, Switzerland, Venice and many more.

Kaushiki began her training under her mother Smt. Chandana Chakraborty. Subsequently, she had the privilege of becoming the “Ganda Bandh” disciple of legendary Guru Pandit Jnan Prakash Ghosh, before becoming a disciple of her father, vocal maestro Pandit Ajoy Chakraborty, under whom she continues to learn. Later, she was also fortunate to get Taalim in Carnatic Classical Music from Padmavibhushan Pandit M. Balamurali Krishna. Her taalim under her gurus, especially her father, has ensured that she has equal command over the various vocal forms that fall under the umbrella of Hindustani music.

Her prowess as a khayal singer is well known, but she is adept at singing other ‘light classical’ genres like Thumri, Dadra, Kajri, Chaiti, Bhajan etc. Whatever her chosen form, her singing is characterized by a fine balance of virtuosity, intellectual rigor and aesthetic sensibility. Her mature vistaars in khayal and her emotionally charged improvisations in thumris are as powerful as her supersonic taans across three and a half octaves. Though she is one of the foremost representatives of the Patiala Gharana today – and of Ustad Bade Ghulam Ali Khan’s gayaki – she has analyzed every aspect of the gharana before internalizing it. Many aspects of the Patiala style are tailored for the male voice; Kaushiki has excluded these from her singing. This is not to say that her singing style is stereotypically feminine, with an overt emphasis on sweetness. She has carefully blended lilt and force to forge a gayaki that is distinctively her own.

Kaushiki’s versatility has enabled her to be part of several projects outside the traditional space of Hindustani music. She has sung for music director A.R.Rahman for the film Water and has shared album space with the likes of Pandit Bhimsen Joshi and Smt. Lata Mangeshkar in Jana Gana Mana, also produced by Rahman. Recently, Kaushiki has lent her voice to a number of film soundtracks like Chaplin, Chitrangada,Teen Kanya, Jani Dekha Hobe, Parapar, Shunyo Anka, Hrid majhare, Lorai, Rajkahini, Goynar Baksho, Ek Je Chhilo Raja in Bengali, Panch Adhyay (for music director Shantanu Moitra), Gulaab Gang in
Hindi , Ramanujan and Thirumanam Ennum Nikkah in Tamil. Her performance of an original song on the popular music programme MTV Coke Studio has won her many new fans across the globe.

Kaushiki has recorded many albums and has received several prestigious awards, including the Jadubhatta Award , Ustad Bismillah Khan Yuva Purashkar (SangeetNatak Academy Award by the Government of India) in 2012, the BBC award for outstanding achievement in 2005 for the album “Pure”, the GIMA award for her album “Yatra 2” in 2012, Mirchi Music Award for the album “Yatra 2” in 2013, Aditya Birla Kala Kiran Award in 2013 and Bobby Sethi Music Award in 2015. She has also received “Shera Bangali Samman 2017” by ABP ANANDA. Recently, she has received “West Bengal Government Sangeet Maha Samman Award 2019” by the honourable Chief Minister of West Bengal Mamata Banerjee, and Nari Shakti Puraskar 2019 by Ministry of Women & Child Development, Govt. of India.

In 2015, she has formed the first ever all-women Indian Classical music ensemble SAKHI, which includes Indian vocal, instrumental, percussion and Kathak dance and bring all these forms together to celebrate womanhood through their musical language.

Her first venture as a composer will be her next album “Karvaan” which is coming out by the end of this year, which will bring out a very refreshing facet of Kaushiki as a singer and composer