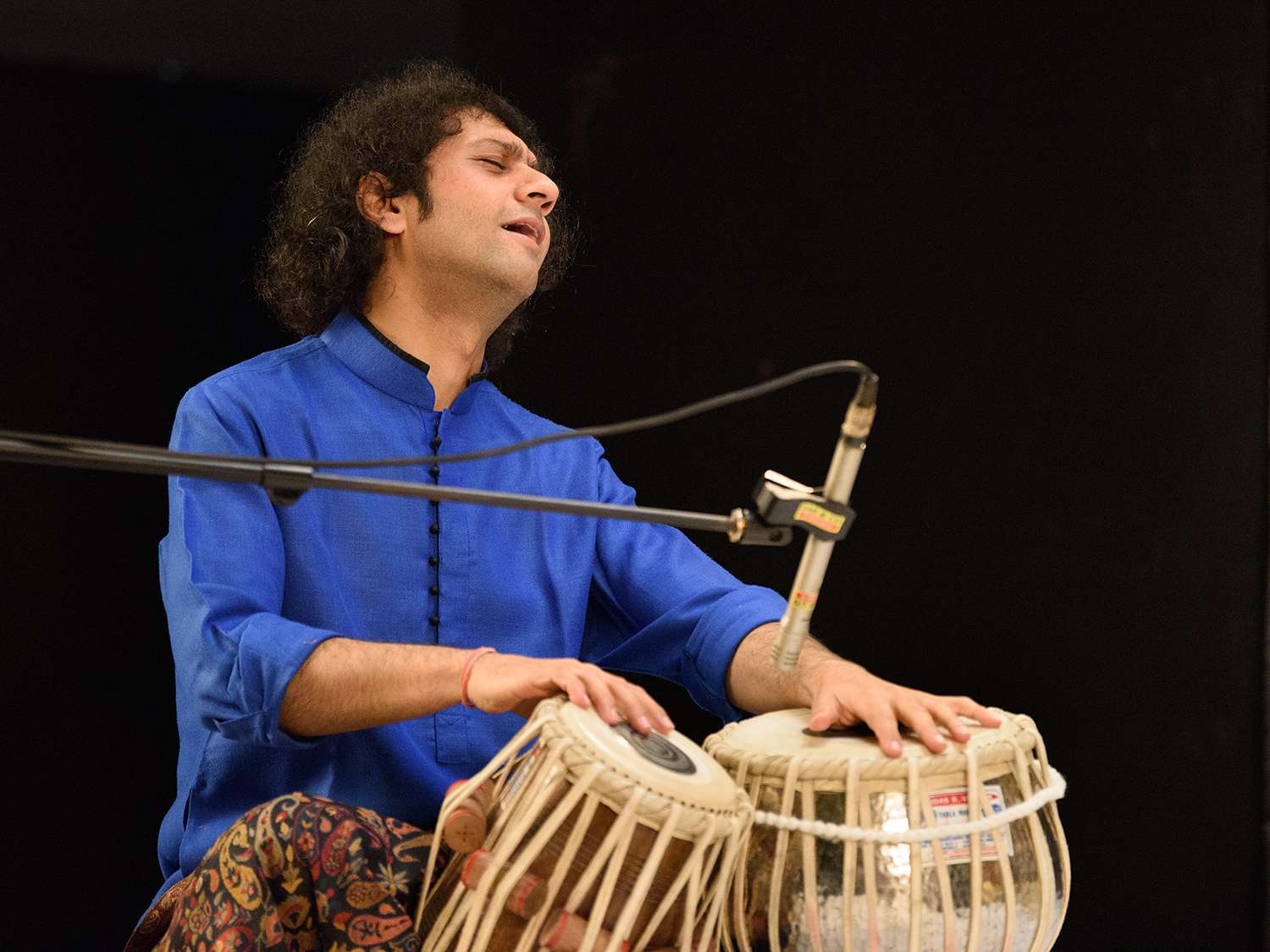 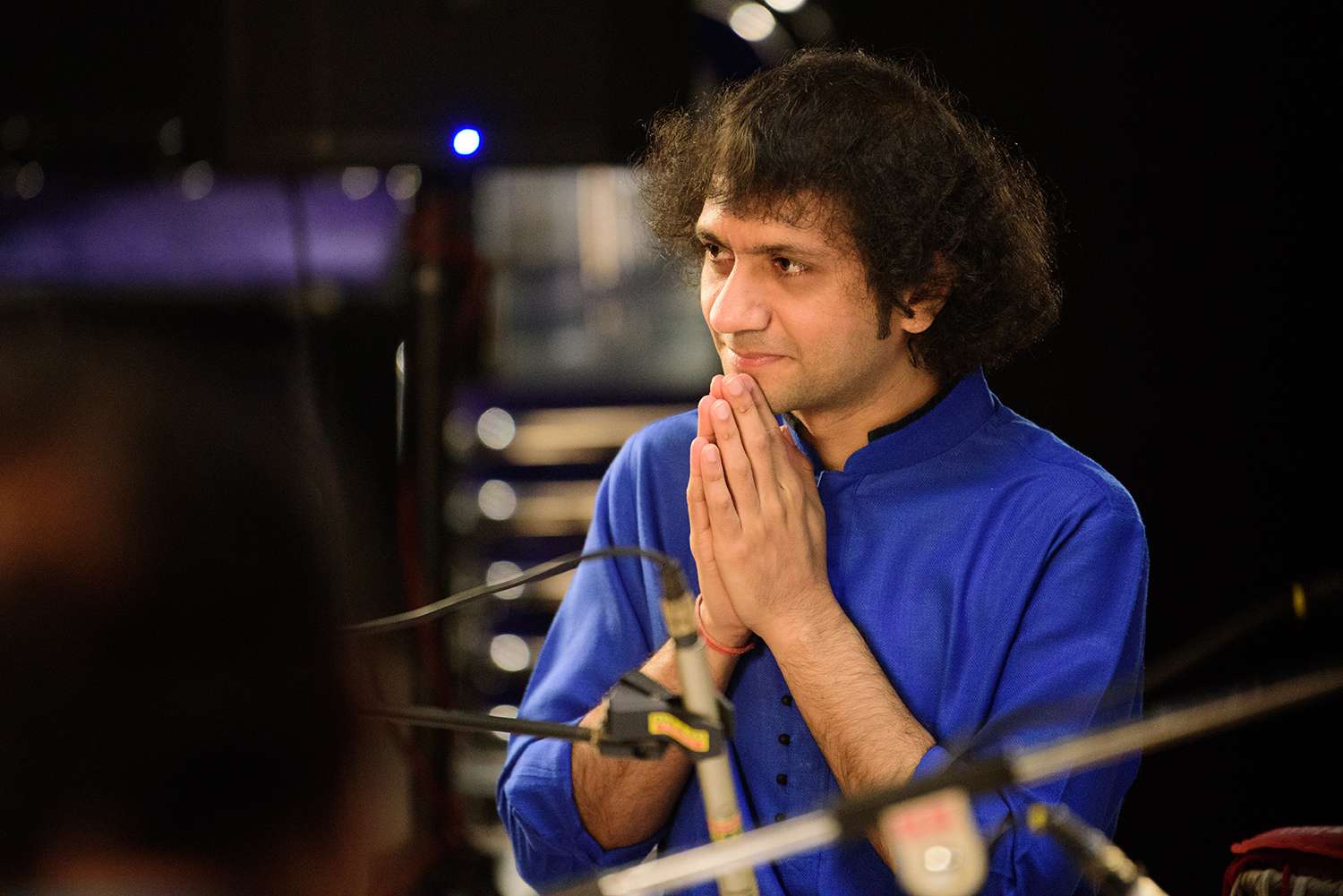 Ojas Adhiya was born in Chikhli, Maharashtra State, and is hailed as a musical child prodigy. His father, Dr. Yogesh Adhiya, spotted his child’s keen interest in percussion at the tender age of 2, watching him at Siddha Yoga Guru Swami Muktananda and Gurumayi Chidvilasananda’s chanting and meditation center.

Once his talent was recognized by Padmashree Kalyanji, Ojas’ father put him under the care of the music maestros Shri Kalyanji-Anandji. At the age of 5, Ojas was sent to study with one of Shri Kalyanji’s close family friends, Shri Mridangraj, where Ojas learned the traditional practices of tabla playing, including accompaniments. There, he became a disciple of Shri Mridangraj ji.

Ojas was fortunate to travel and perform in “Little Wonders” programs of Shri Kalyanji-Anandji’s Kalavir Academy, where he performed almost 500 stage shows internationally. He earned several distinctions, including the Limca Book of Records in 1993 (as the youngest tabla player in India), the Kalavir Academy’s Certificate, Shri Amitabh Bachchan’s Certificate in 1995, recognition from Council Member Martha J. Wong of Houston Texas in 1997, the Dadar Matunga Cultural Center’s Certificate in 1998, the Pandit V.D. Paluskar Award in 1998, First Class level Music Competition Award by the Governor of Maharashtra in 2006, Young Deserving Tabla Player Award by ITC Kolkata, Promising Artiste award by ITC SRA, as well as receiving the Ustad Bismillah Khan Yuva Puraskar by Sangeet Natak Academy in 2015.

Ojas has performed with world renowned fusion band SHAKTI, with maestros John Maclaughlin, Shankar Mahadevan, Selva Ganesh and Ganesh Rajagopalan. He has been fortunate to accompany many world class artists over his career thus far.

Ojas’ mission is to provide excellence in his performances, and he has the ambition to become “second to none” in the field of Indian classical music.