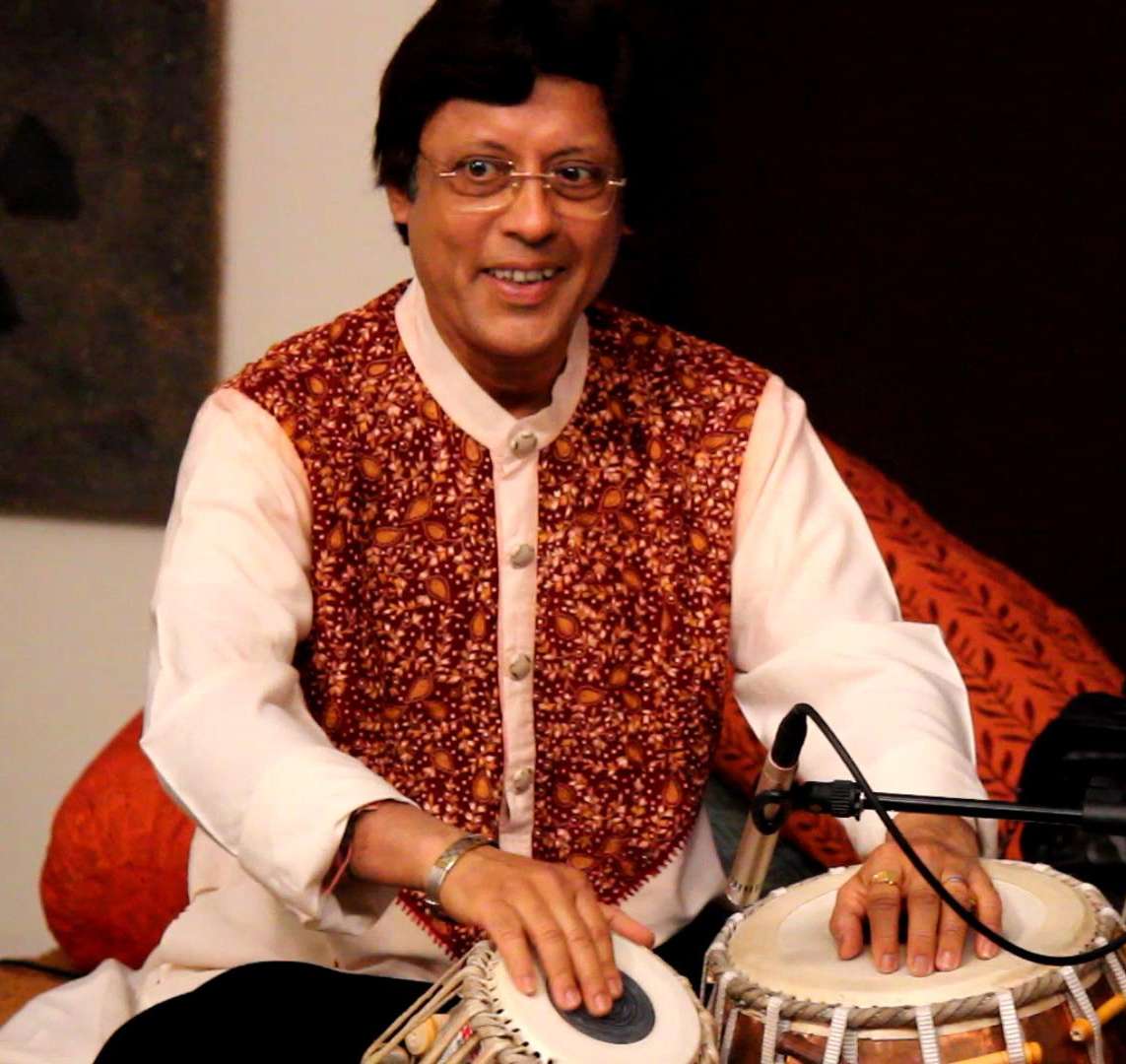 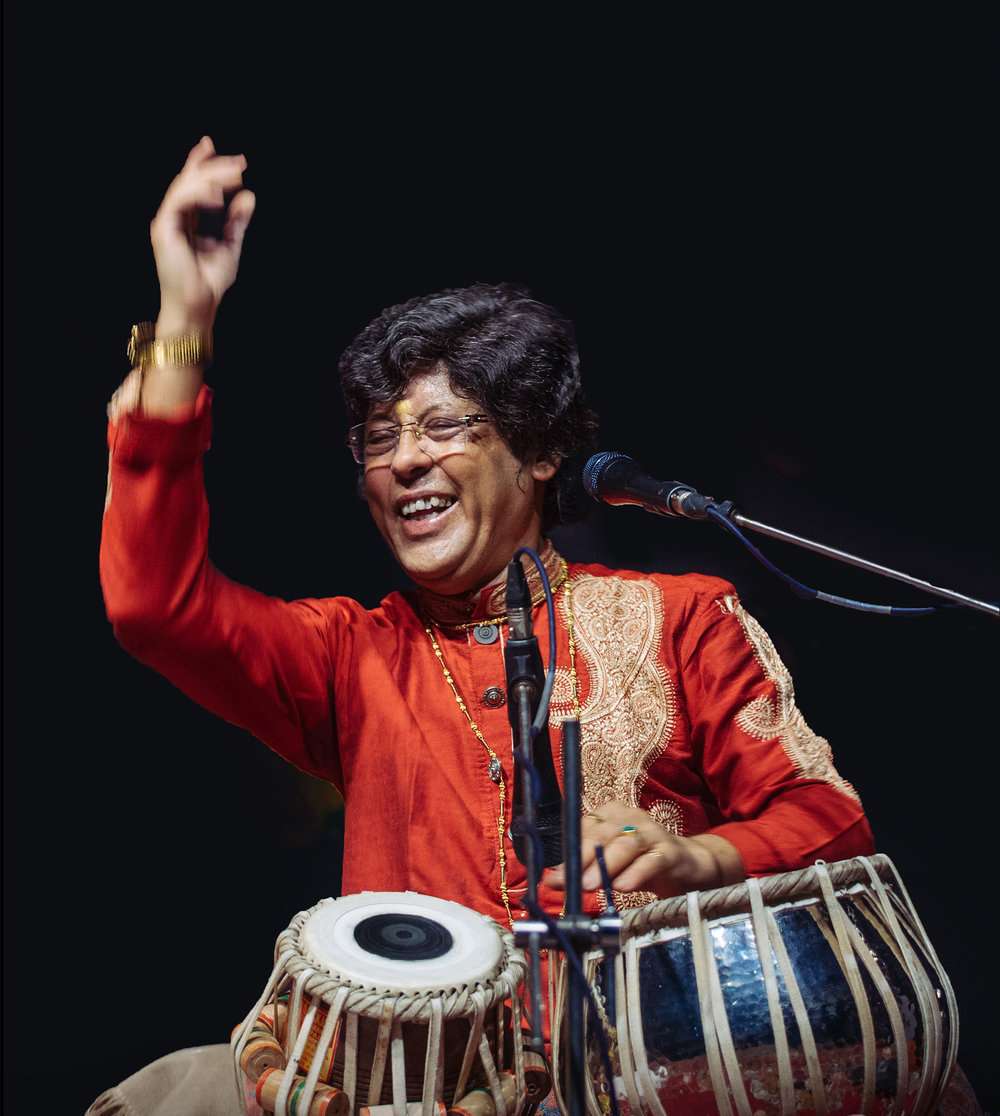 Pandit Anindo Chatterjee is one of the most accomplished tabla players of the modern age, known for his breathtaking speed and extraordinary clarity of stroke. His studies began at the age of five, under Ustad Afaq Hussain Khan of the Lucknow gharana. At that same age, he became All India Radio’s youngest performing artist, and soon after entered the gurukul to train under Pandit Jnan Prakash Ghosh. He studied with his guru for three decades, learning the intricate grammar of the Farukhabad gharana before branching out to others.

Since 1972, Anindo has performed as a soloist as well as an accompanist to leading artists all over the world. Among those who he has accompanied are Pandit Nikhil Banerjee (sitar)—with whom he had a long association—as well as Pandit Buddhadev Das Gupta (sarod), Ustad Ali Akbar Khan (sarod), Pandit Mallikarjun Mansur (voice), Budhaditya Mukherjee (sitar), Ustad Rais Khan (sitar), Gangubai Hangal (voice), Pandit Hariprasad Chaurasia (flute), and Pandit Shivkumar Sharma (santoor) among many others.

Anindo’s knowledge of various tabla gharanas and their styles knows no bounds. Many of his students have achieved national and international recognition. Among them are Bhooshan Munja, Anindo Gangopadhyay, Sanjay Jhalla and Anil Datar.

Today he plays a gharana-blending style that balances traditionalism with modern freedoms, building on the open-minded approach of his guru. Outside performance he is a respected teacher, researcher, and tabla maker.