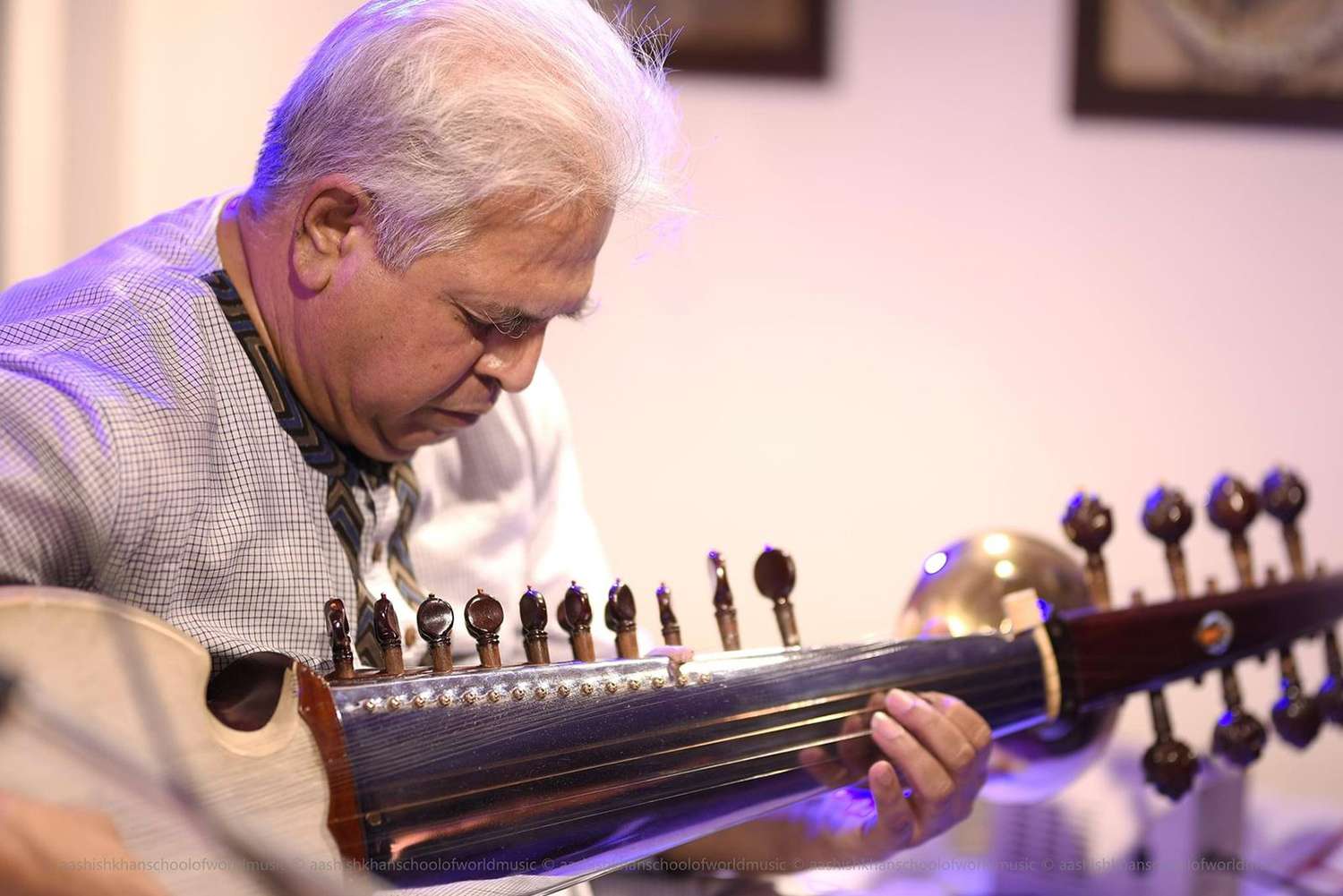 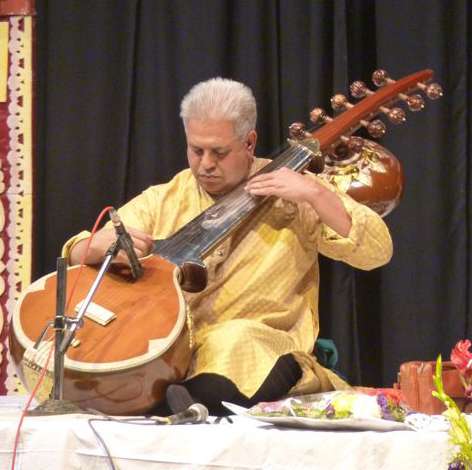 Recognised for his “delicacy mixed with dexterity” Anindya brings a “distinctive touch and refreshing approach to his music”. Anindya Banerjee’s style of presentation is heavily influenced by traditional styles of sarod playing. He has successfully integrated Rabab, Sursrinagar and Beena elements into his style. He prefers to play often rare ragas and compositions. He has made a special effort to collect old compositions and has done research in the repertories of many old masters of instrumental music.

Anindya Banejree has performed in major concerts in Kolkata and in other cities in India. In 1979 he toured Bangladesh with Ustad Ali Akbar Khan as a cultural delegate.In 1984 he accepted teaching assignment at the Alauddin School of Performing Arts, Calgary, in Canada and also gave a number of concerts in major Canadian cities. In recent years he has made highly successful concert tours of Europe, performing at various cities in Germany, Holland, Switzerland,U.K and U.S.A.

For a number of years, Anindya Banerjee was music critic for the Telegraph and The Statesman, leading Calcutta dailies, he still writes on music, musicians and musicology. Apart from the sarode he plays the ancient and almost extinct instrument the SURSRINGAR and his attempt to revitalize this nobel instrument has received praise from many quarters. He has performed this instrument in Rare Instruments festival, Bhopal, Dhrupad festival, UK, World Lute Instrument festival, Germany and Vadya Darshan organized by Sangeet Natak Akademi, Delhi.In the year 2002, he received Senior Fellowship in Hindusthani Classical Instrumental Music from Ministry of Culture.Govt.of India on SURSRINGAR.

Apart from performing Anindya has also composed music for theatres, documentary films and ballet. He was an influential figure in a recent Docu-feature film”Anwesha” on the life of the Courtesans of Kolkata. His other documentaries which received international praise includes “Twaif” and “Kheyal”. His recent documentary film”Remembering The Legend” on Maestro Ali Akbar Khan received rave reviews in Kolkata. He has participated and read papers in many seminars both in India and abroad. He has translated autobiography of Baba Alauddin Khan from Bengali to English. He has presented many musical talks in A.I.R. Kolkata.

In 1989 Sursringar Samsad of Mumbai conferred upon him the title “Suromoni”. His other interests include the visual arts and sports. He is a qualified Lawyer too. Since 2007 he has started teaching and giving lectures on music in the summer school of Asian Music Circuit of London.