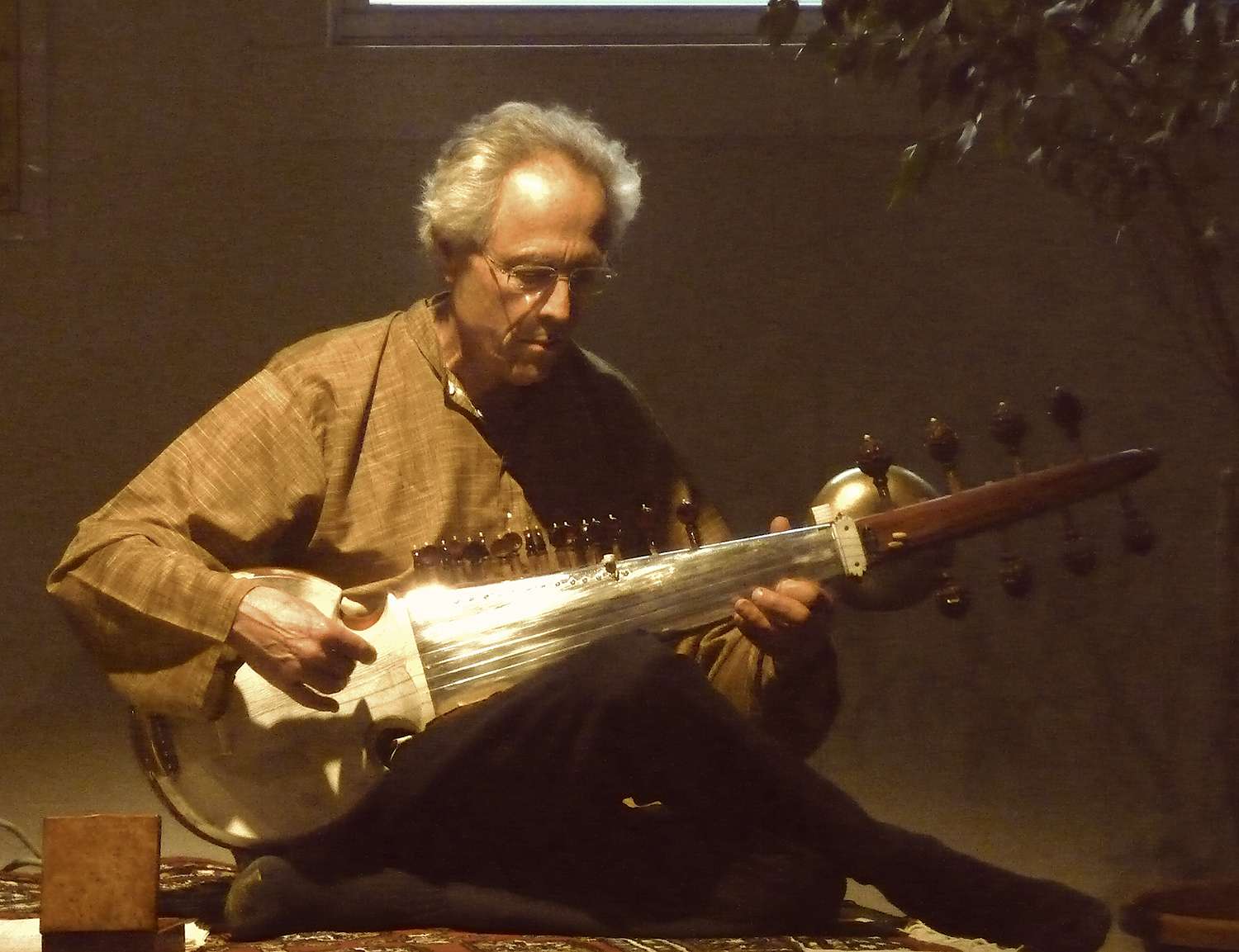 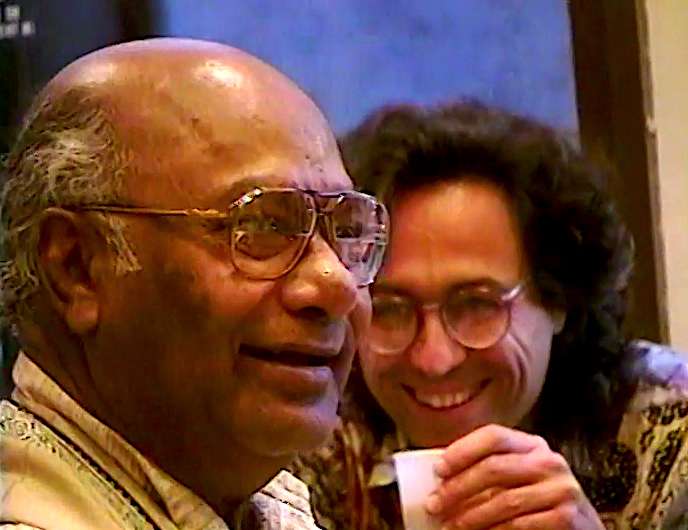 Christopher Ris began his study of sarod and vocal music in 1971 under Maestro Ali Akbar Khan.  He has since performed as a soloist, with Ali Akbar’s orchestra The New Maihar Band, composed music for 3 films on life in India and an episode of the television series Young Indiana Jones.  He has collaborated with flamenco dancers and guitarists as well as  Necati Celik, principal oudist of the National Orchestra of Turkey.

In 1974 he began a 20 year relationship with the renowned kathak dancer Chitresh Das.  As Mr. Das’ primary musical accompanist and composer in residence they dramatically changed the style of kathak accompaniment, bringing the instrumentalist into the simultaneous improvisations with the dancer that were formerly the province of the tabla drummer alone.

In 2012 he met Pandit Rajeev Taranath, one of Ali Akbar Khan’s first students, and, captivated by Rajeev-ji’s unique melodic and rhythmic style began studying intensely with him on his bi-annual visits to the US.

“This is a raga I’ve created and it’s name is Covid Kanara. It attempts to convey the range of feelings I’ve had the last two years; sadness, pathos, loss; yet throughout a feeling of hope.”  Christopher Ris